Out of the Mouths of Babes
​By Sally Plauche 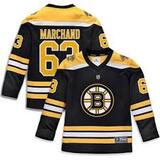 I know this is our SedonaKind September essay, but I want to share with all of you some acts of kindness within my family that occurred this summer- and warmed my heart. We spend the summer back East with family and grandkids, and this happened in the Bruins pro shop at a playoff game at the Boston Garden. My daughter, Ali, and my 9 year old grandson Jackson, were browsing and looking to replace a hockey jersey that Jack had outgrown… his very favorite one. But when he noticed the price of the new ones he quietly told his Mom that it was way too expensive. She agreed, but deep down wanted him to have it anyway. She asked how much money he had with him and he said “ not enough, so I won’t get it”. She offered to pay the difference, but he very KINDLY reminded her that it was too expensive and he was OK with not having it…even though his buddies had all bought and paid for theirs.

The sales gal overheard all this, and asked if they would accept using her employee discount, because Jackson had been so sweet to his Mom. She said she loved the fact that he saw that the jersey was so expensive and just didn’t want his Mom to have to pay for it. She explained to Ali that she had heard so many young hockey players whining and getting angry with their parents… one boy actually kicked his father when the dad said no about a purchase. So her gift to Jackson was a deep discount, and she commended both my daughter and Jackson for their soft kind way of speaking to each other, and said that she felt good doing a kind deed for them.

Ali said Jackson couldn’t stop saying thank you to the sales gal, and she said it had made her day! It was a win win for all, because a young boy and a sales gal wanted to be kind, and there were hugs all around. PS, the Bruins won!
One more summer kindness note, my sweet grandson’s kindness traveled from the Boston Garden to the seashore a few weeks later. A woman who lives near us there wanted to go swimming on a very hot day, but she was afraid to swim in the harbor alone. Jackson, who was paddle boarding with his sister heard her, hopped off his board, and said he would be glad to swim with her. She was so appreciative, and I was so proud.
​
For the past 3 years I’ve been working with the SedonaKind KIS ( Kindness in Schools ) committee, loving going into the classrooms and teaching the children about how important kindness can be. Seeing it in action in my own family was a great joy, and I know that Jackson will continue on his kindness path for his whole life.