The Act of Kindness That Changed My Life
By Lin Ennis, writer and ambassador for Dress a Girl Around the World is a 19-year Sedona resident 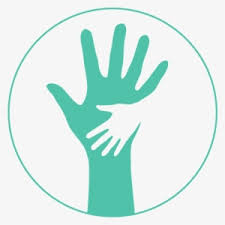 When I was eight, nine words changed my life. They made me feel like being enveloped in someone’s warm cloak, happy and protected, though I didn’t recognize the significance for more than three decades.

My mother was about to remarry, the Mr. Ennis whose name I proudly wear. He and his 18-year-old daughter lived in a guest house behind his older sister’s home. When our family of three visited, we gathered at his sister’s. I loved it…the sparkling fancy bottles of colored water on the bookshelves, the dried weed arrangements sprayed gold. Her creativity and love of beauty spoke to my heart.

I bounded up the two back porch steps, whooshing into the little storage room. When she swung open the kitchen door to greet us, I called out “Hi, Aunt Mozelle!”

“You can’t call her that,” my mother rushed behind me to say. “You have to wait until we’re family.”
“Oh, Virginia! She can call me anything she likes.”

Thirty-five years later, I learned why that was pivotal. The APA published an article on adult success, exploring childhood predictive factors. Did education contribute to later accomplishments? Not across all segments. How about economic or social status? Did poverty preclude stellar achievement? Researchers knew even anecdotally that was not the case. Homeless youth regularly graduated from high school and college. Not many, but some. Trauma, tragedy and other adversities were analyzed. Some children bounced back from each blow, ready to win another day.

The only characteristic that seemed to register in the backgrounds of all successful adults was resilience, literally the ability to rebound. Surprisingly, that strength was tied to an adult’s fostering well-being in the child, often an adult recruited into the child’s life by the child herself.

I loved my soon-to-be Aunt Mozelle! No one had ever defended me against my mother’s criticism. No one dared! No one had ever called her “Virginia” in that kind, but you-don’t-scare-me and I’m-not-budging tone.
By the time I read the article on resilience and the integral part an adult who believed in the young person played, I had recruited high school teachers, college professors and several employers into my orbit who listened to and sometimes championed me. When I admired someone more experienced in a field than I, I passionately pursued a relationship. Conversely, when I worked for a younger boss who diminished me, I took a $1000 credit card advance and started my own business.

In all likelihood, kindness kept me alive until I was eight, but none so striking as someone standing up to my mother. When I realized the seminal effect Aunt Mozelle’s defense of me had on the arc of my life, decades had passed. Our families had lost touch after my stepfather died when I was 10.

It was important to close the circle, to tell her her kindness was the first incident I remembered of an adult expressing belief in me. We traveled from Los Angeles to the Hill Country of Texas in 1993 to spend Thanksgiving with her. Her son and his family came, along with my brother from that marriage and his wife and children. We covered the decades with eager words, made candles with the children and ate pie that only Texas giant pecans can deliver. It was a warm, all-embracing visit. Traveling more than a thousand miles to thank her was another gift to me, because she died the following summer.
​
Taking inspiration from Aunt Mozelle, I’ve championed the few youngsters in my life, whether in the neighborhood or the nephew who for 25 years has peppered me with questions about everything that flits through his head. I don’t know whether any of my words have made or will make a difference, but I know believing in children makes all the difference in the world. It is an immeasurable kindness.